In 1947 in Elkhart Indiana, a minister named Clarence C. Moore founded the International Radio and Electronics Corporation (IREC) which, over the years, has become better known as Crown Audio Inc. Moore started by building open-reel tape recorders out of a chicken coop but today, Crown Audio is an industry leader in amplified sound. Crown makes amps for cinema venues, installed sites, touring rigs, portable PA and commercial audio. With over 67 years of focus on innovation and providing the best user experience, Crown Audio is continually raising the bar in audio amplification.

This new amplifier technology seamlessly integrates the amplifier drive stage into the power output stage fusing everything into a chip the size of a dime. The foundational DriveCore™ circuitry is based on breakthroughs by Crown’s own Gerald Stanley with five patents applying to the advanced feedback, modulation and output stage technologies. DriveCore’s front-end drive circuits leverage the inherent efficiency of Class D output stages while also maintaining superb sonic characteristics.  The end result is an ultra-efficient one-piece audio amplifier circuit that exhibits the exemplary audio quality of a highly evolved Class AB design.

Crown International Senior VP of R&D Gerald Stanley, who originally joined the company in 1964 as a tape recorder line technician and amplifier design engineer, comments on Crown’s success over the years. “In an era of cookbook designs and buggy software, it would seem that the most basic lessons of history have been forgotten,” he says. “Crown’s recipe is simple: design, build and service each product as if you were the customer. This approach not only drives the product to excellence, it drives the people to be the best that they can be.”

Class-I, also known as BCA (Balanced Current Amplifier) is Crown’s patented, cutting-edge technology that gets more power out of an amplifier with less waste than was ever before possible. Class-I technology offers several key advantages. It provides unprecedented efficiency, requiring less power from the AC supply than other designs and that can add up to significant cost savings over the life of the amplifier.

Class-I handles reactive loudspeaker loads easily and gracefully, by reusing energy returned from the loudspeaker rather than dissipating it as heat or forcing the amp into premature current limiting. This characteristic means class-I amplifiers run better and longer—especially at lower impedances. It also makes them more reliable, since they are not constantly stressed to their limits or subjected to excessive heat. Best of all, as proud owners can attest, amplifiers with class-I technology sound great, with a powerful, accurate sound that stands out from the competition. 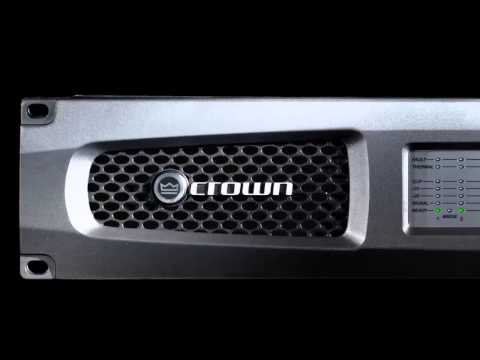 Acquired by Harman International in March of 2000, Crown has continued to move forward, producing numerous innovative designs, such as the DriveCore™ Install (DCi) series that was released in 2013. This series features both analog and Network amplifiers for the installed sound market. Using just one tiny chip to replace over 500 parts makes the DCi series of amplifiers the most reliable and innovative amplifier on the market today. These products and more embody the reliability and innovativeness that have long been the manufacturer’s hallmarks. Crown today continues to delight its customers with products that consistently exceed both specifications and expectations, even on the most demanding tours and installations.